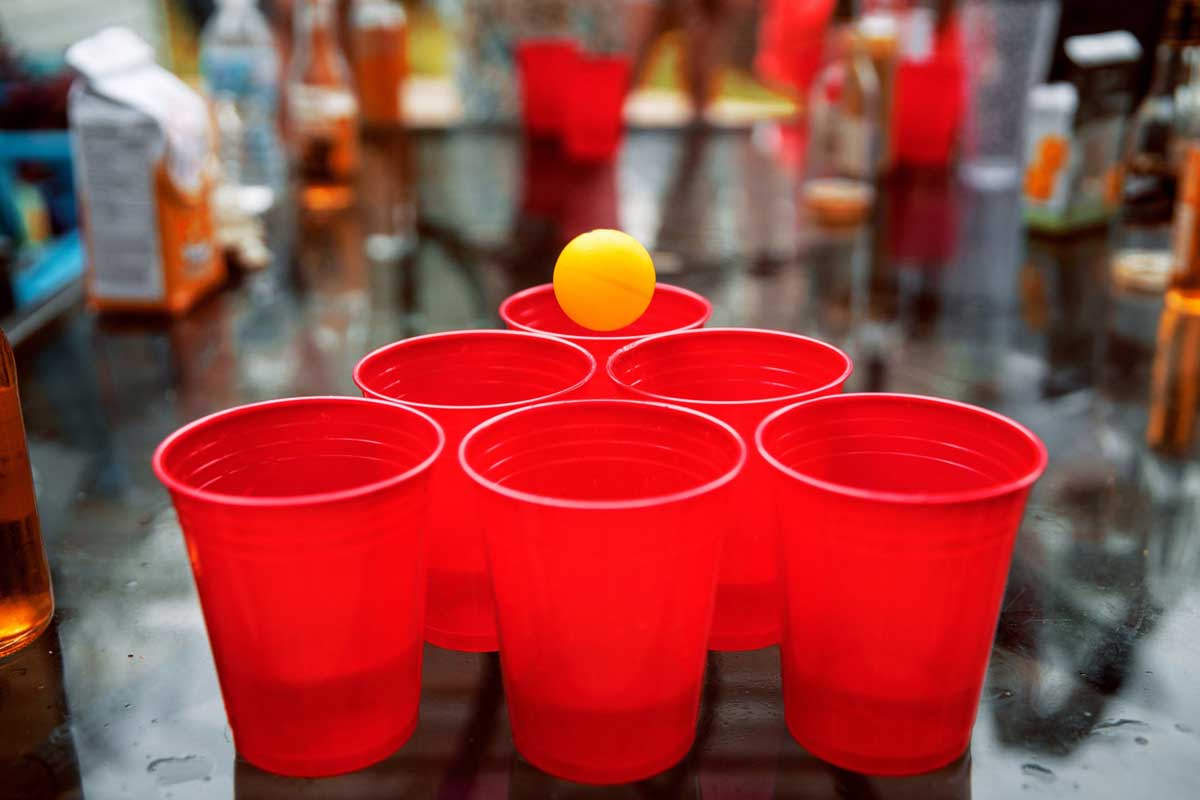 A pinnacle moment in a man's life, the stag do is guaranteed to be a weekend filled with shenanigans and heavy on the booze. But, that could also be any night down at the local, so why not take your stag do night from ordinary to epic with some stag do games. In particular, stag do drinking games.

After all, this is your mate's final hurrah, you're going to want to make it stand out. Not only are these stag do drinking games a great ice breaker and sure to keep the celebrations going all night long, but they're also guaranteed to make the weekend truly hilarious and memorable.

Whether it's a stag do drinking game at the pub, something large scale or drinking games that can be played throughout the entire stag weekend, Maximise has you sorted.

Here are 10 Stag Do Drinking Games: 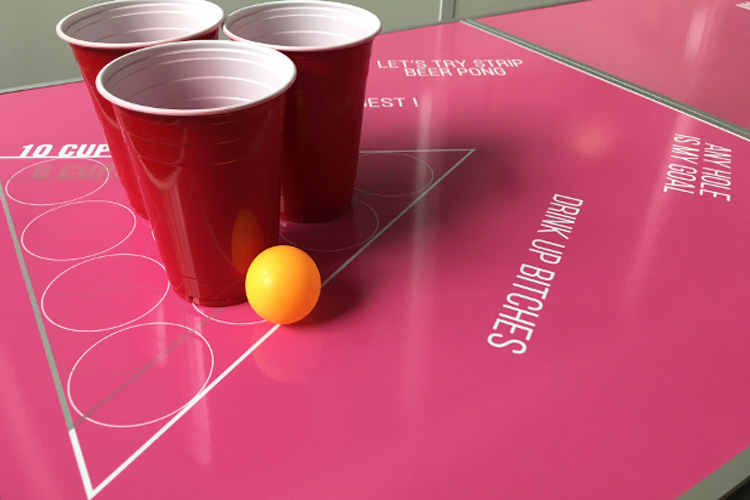 A drinking game that needs little introduction, Beer Pong is an absolute classic and one that most people have played before. The rules are simple but the outcome is effective.

All you'll need is a few ping pong balls, 6 big cups (ideally the red American-styled ones) and a table. If you don't have a ping pong table, the dinner table will do!

Fill the cups up with beer and place them in a triangle at each end of the table. Split into two teams, each taking an end of the table. In alternating turns, players attempt to land the ball in the opposing team's cup. Once you hit the cup, your opponent has to down that cup.

A great stag do a drinking game that gets surprisingly competitive. To up the ante, fill the cups with water and take shots instead.

Carrying on with stag do games that require big red cups, Flip a Cup is another American import perfect for some stag do shenanigans.

Again, you'll need a table, beer, those iconic red plastic cups and to split into two teams. Facing off across the table, you'll place a drink in front of each contestant. The first player on each team downs their drink and then attempts to flip it up and over so that it lands face down on the table. With each successful cup-flip, the turn moves to the next contestant until every player in the team has completed their go.

Whichever team finishes drinking and flipping first are the cup-flipping champs. For additional drinking measures, the losing team can always be forced to take a shot or another drink each. 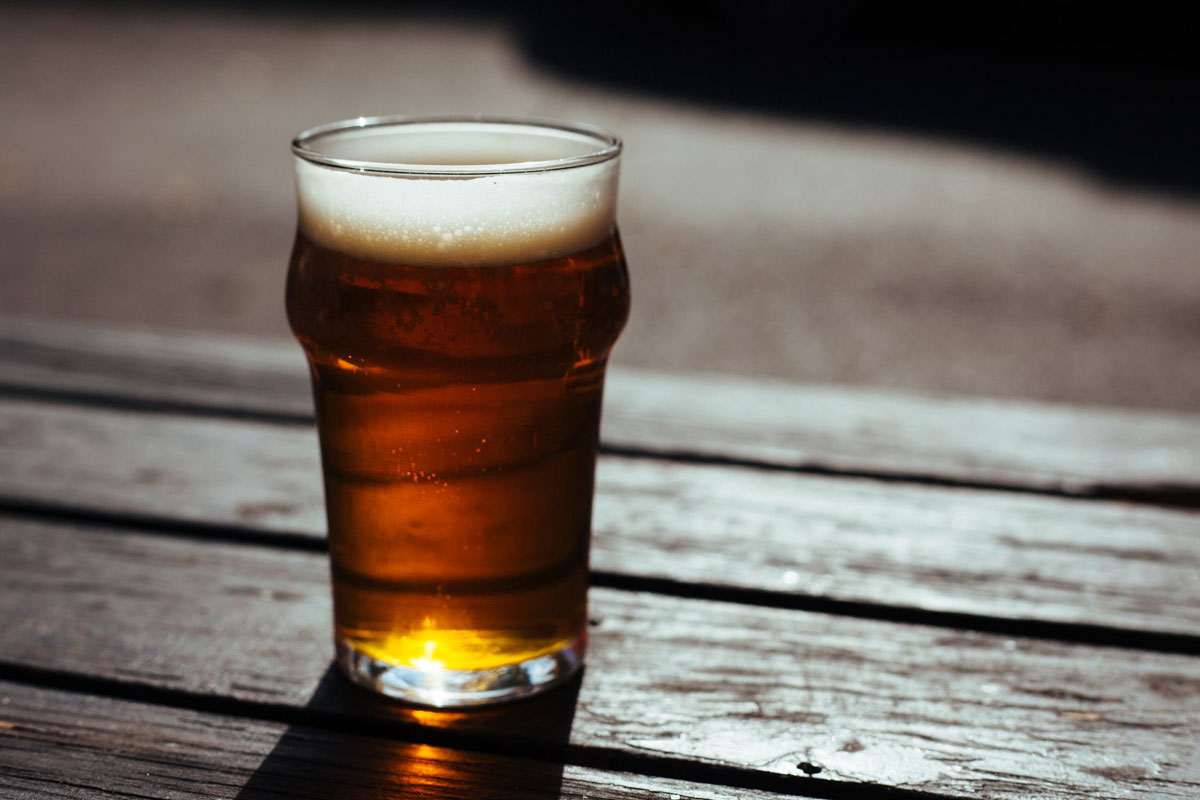 Whether you call it Arrogance or Dirty Pint, this is one drinking game that's both hilarious and slightly disgusting at the same time.

When it's your turn, you'll pour some of your drink into the glass before flipping a coin and guessing whether it will be heads or tails. If you guess correctly, you're safe and the turn moves onto the next person.

Guess wrong and you’ve got to drink whatever is in the pint glass.

After a few correct guesses, the concoction can get pretty gag-worthy, which is hilarious as long as you're not the one having to drink it.

You can either start with an empty glass or have everyone pour some of their drink into the glass. 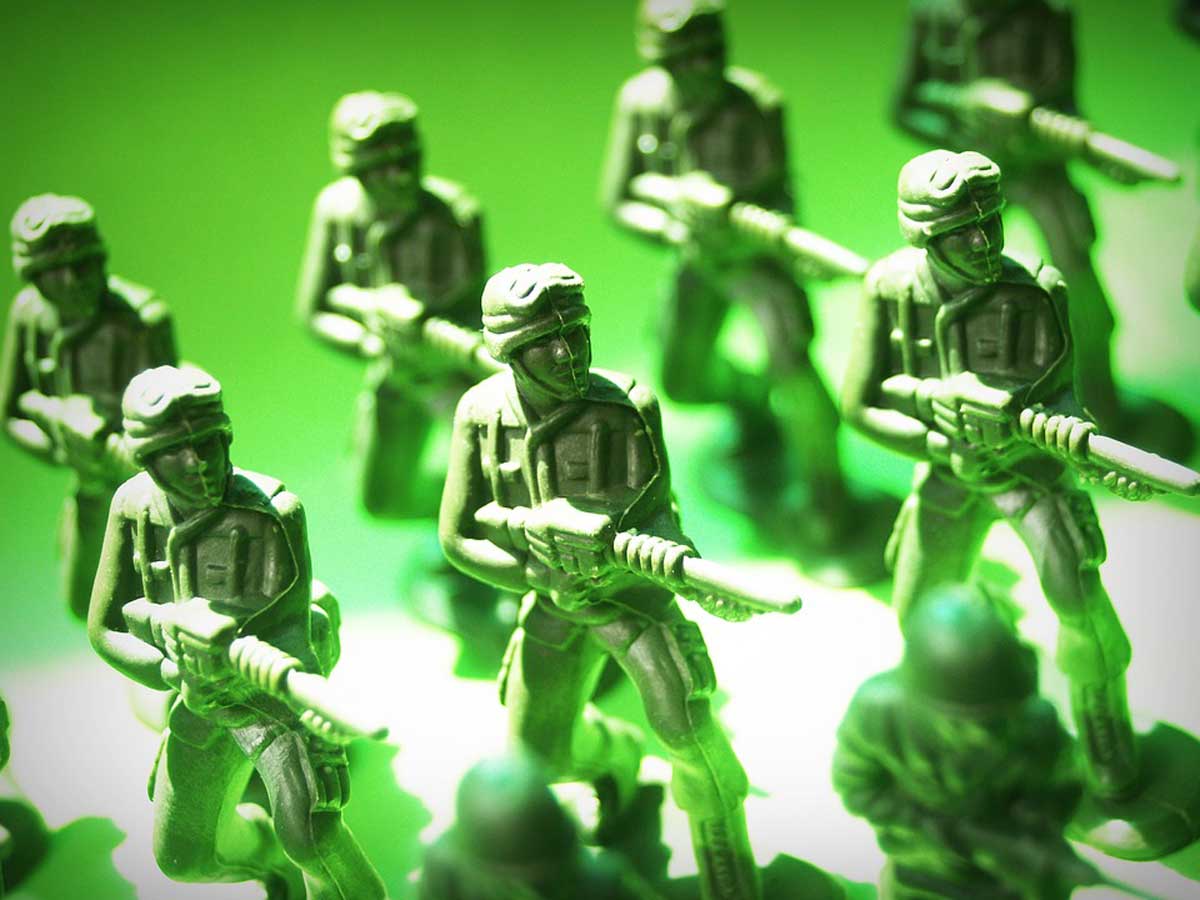 For the Toy Soldiers drinking game, someone will need to buy a bag of toy soldiers and make sure everyone gets one. For the duration of the stag do, whenever the best man shouts ‘assume the position’, you have to get into the position of your toy soldier. The last man to get into position will face a forfeit. Generally, he will have to drink! 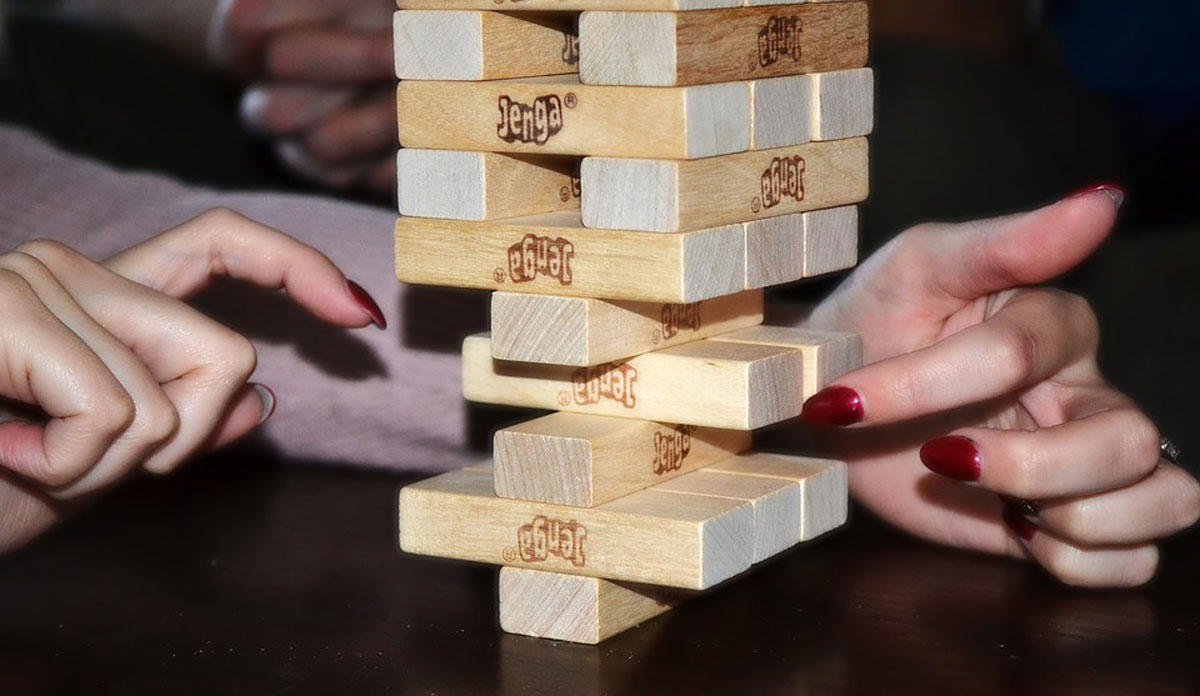 Any childhood favourite game can easily turn into a great game for adults when you add alcohol and a few challenges, but none more so than Jenga.

As far as stag do drinking games go, Drunk Jenga is the one that requires the most concentration and lightest touch, but it's also one that can get messy quickly and have some hilarious outcomes.

Simply get a Jenga set and write some hilarious rules and actions on one side of each of the blocks. When Drunk Jenga is set up, the side with the action is placed face in. That way you don’t know what action you are going to pull from the tower. Then when each block is pulled out during the game, that player has to complete the task.

Obviously, if you knock the tower down you lose and you’ve got to down your entire drink.

Some of the action could be 'Drink' where you have to drink or 'Give a Drink!' where you get to dish out a drink to another player. There is also the 'Young' block where the youngest person drinks or the 'Respect your elders' where the oldest person has to drink.

Other actions include 'The Real Slim Shady', which means you'll have to stand up for the rest of the game. Another action can be 'The Kings Cup'. This is when everyone pours some of their drink into a cup and the person who got retrieved the block has to drik the cups contents.

Jenga has 54 blocks, so if you are stuck for ideas, you can check out a full list of actions and challenges atThe Big List of Drinking Jenga Tiles. 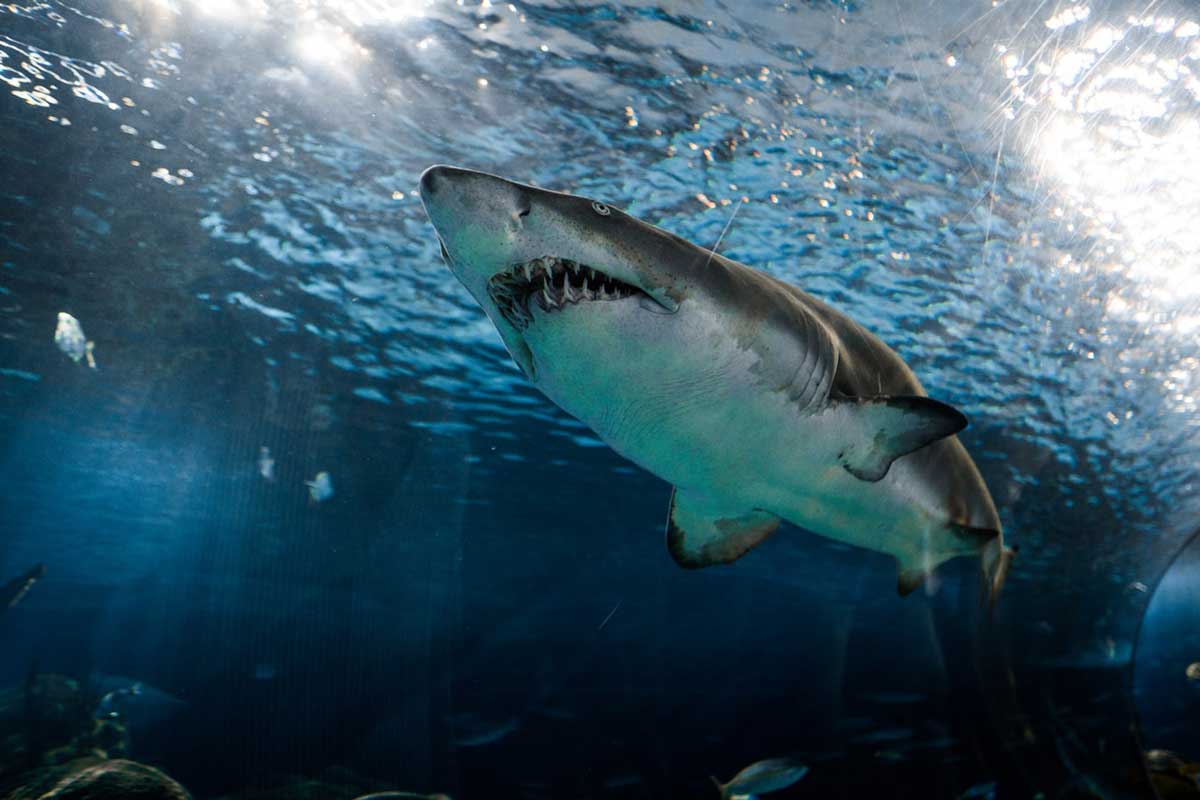 One that can be played all weekend, Shark Attack is another hilarious drinking game idea.

To get the game rolling someone will need to be the first 'shark spotter'. At some point during the stag do, they will shout ‘SHARK ATTACK’ and everyone must rush to get off the ground. Whether you scale a tree, get up on a table or stand on a bin, just don't be the last to get off the ground otherwise you'll have to drink and you'll also become the next shark spotter.

Alternatively, if getting off the ground seems too difficult an easier option is to get down on the ground instead. 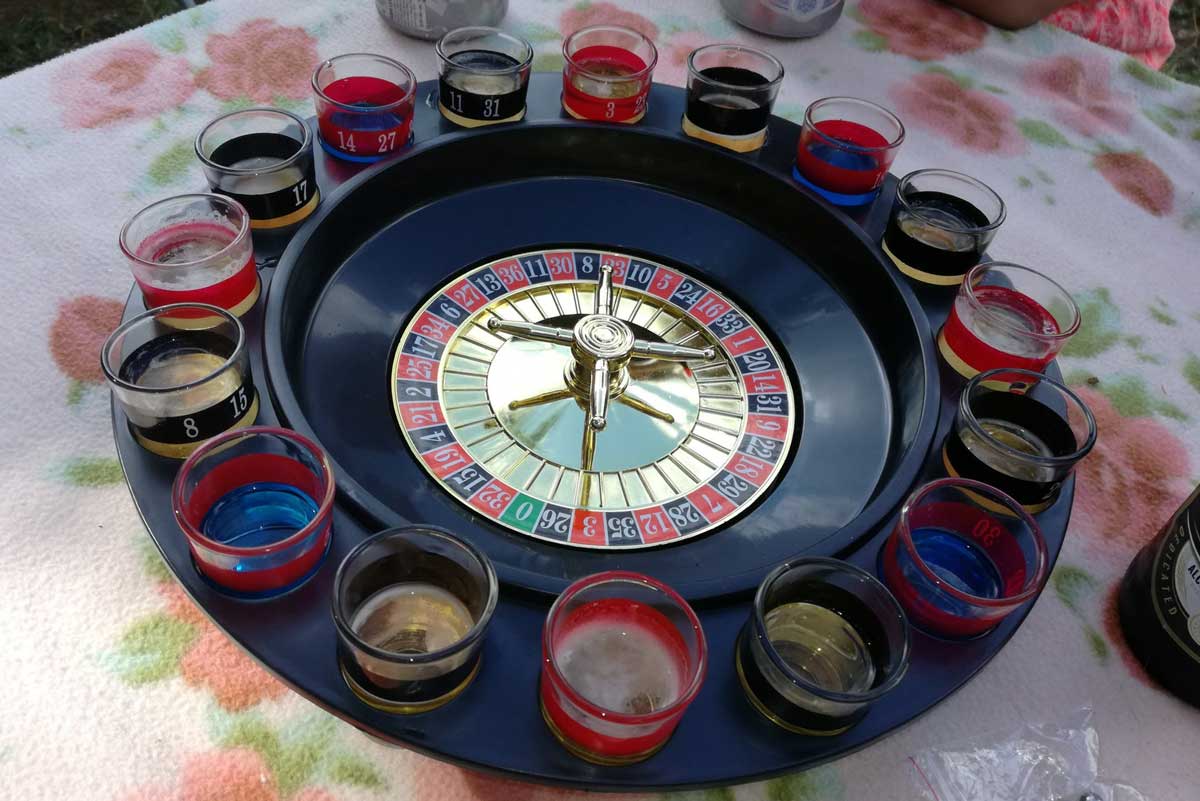 Perfect for a stag do, you'll need a lot of shots for this drinking game. Whether you call it Where's the Water or Shot Roulette, this stag do drinking game can be played either at your accommodation or in a bar.

Ideally clear shots such as tequila, vodka and rum work best for this

To up the drinking ante, play a game of bluff with the water shots too. Whether it's water or not, after you've downed a shot, say 'mmm, water' in your most convincing or unconvincing voice. If someone calls you out and you're lying, you'll have to take another shot, if you're right then whoever called you out will have to take a shot.

The number of times you say 'mmm, water' is up to you, you don't have to say it every round, especially if you want to play a few rounds of this boozy drinking game. 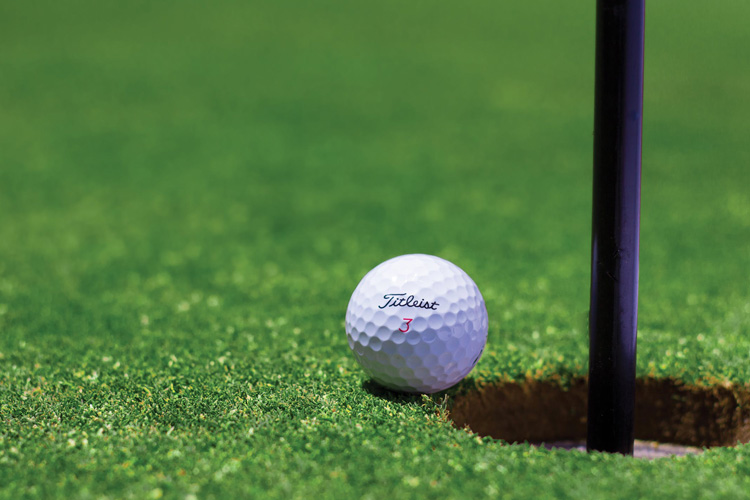 A classic game for a stag do where ugly attire is a requirement, Pub Golf is one drinking game that separates the boys from the men and all you need is yourselves and a few pubs to visit.

Each pub is a hole and is assigned a drink and a par for that particular drink. So, if a pint of beer has a par of three, you'll want to finish it in 3 gulps to score a clean zero. Finish it in 4 gulps and you'll be one over par for that hole.

Like in Golf, you’re aiming for the lowest score possible and the person with the highest score will be the loser and have to drink. 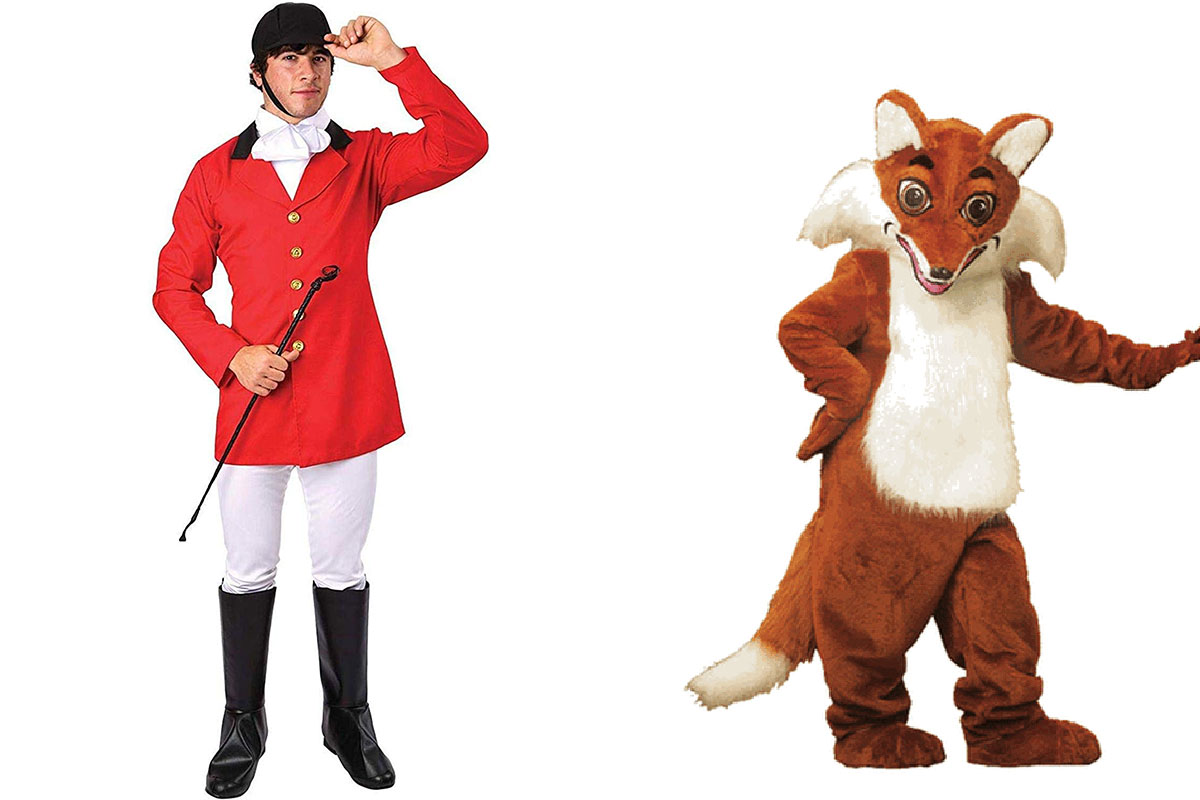 There are are few variations of this hilarious drinking game. If you play with just one fox, the rest of the group will be hunters. As hunters, you can split into teams or all work together. There is also an option to have half the group as hunters and half the group as foxes. Either way, the hunt is on.

The fox or foxes are given a head start and need to race to a bar. You can have a list of bar or you can just let the fox be released into the wild. It's up to the hunters to catch him before he reaches the bar and gets a pint into his hands. If he manages this, he has survived until the next round.

At each pub, everyone needs to down a pint before the hunt is on again.

The fox always gets a head start and it's up to you if you take turns being the fox, if caught, the fox will face a forfeit.

A simple game of Fives 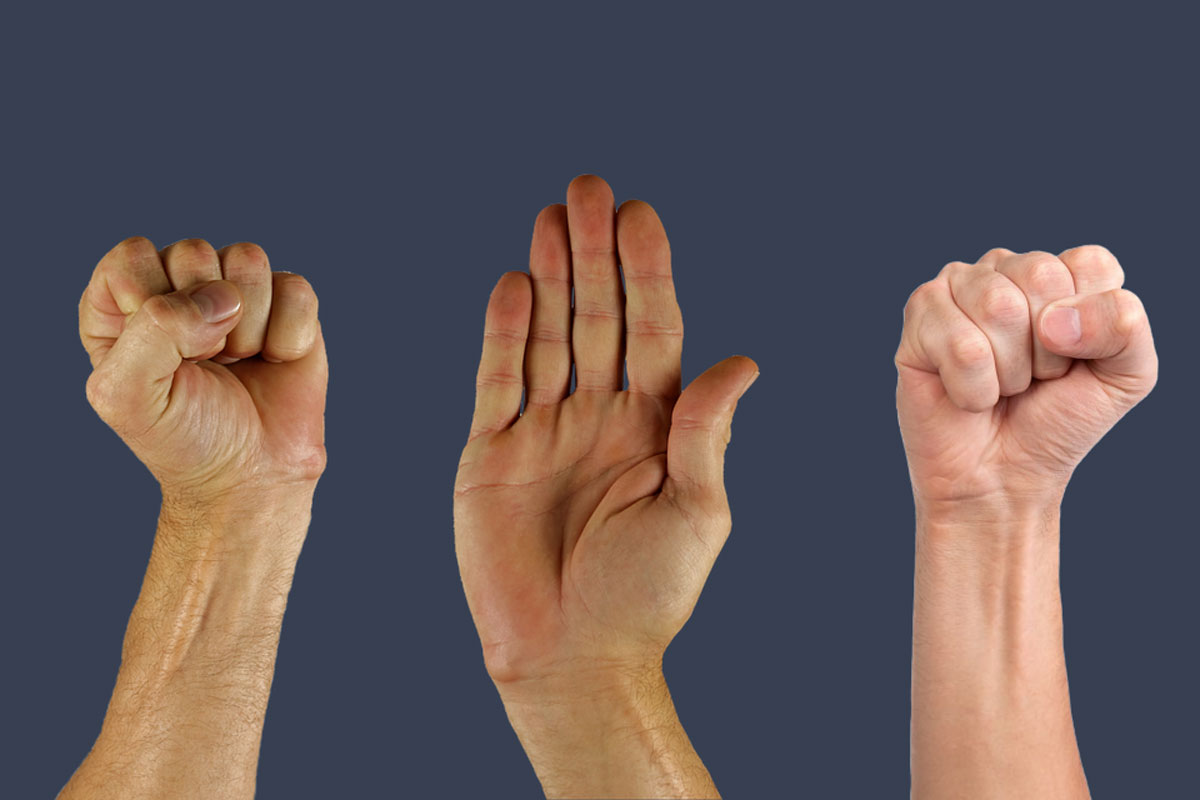 From one of the largest stag do drinking games to one of the easiest, all you need for a game of fives is your hands and a drink each. It's that simple.

As this is a gentleman's game, you can't celebrate that will count as a loss and you must declare, "Ladies and gentleman, thank you for a lovely game of fives,".

Once you get down to three or so people you can use both fists. Each hand is a turn and  you will have guess correctly both times to get out of the game. Eventually, there will only be one left and they will need to down their entire drink as punishment.

For information on stag do activities, destinations and more check out the rest of our website, head to your desired destination or give us a call on 0208 236 0111, we're always happy to help.