Tenerife has called and it wants your stag party in 2020 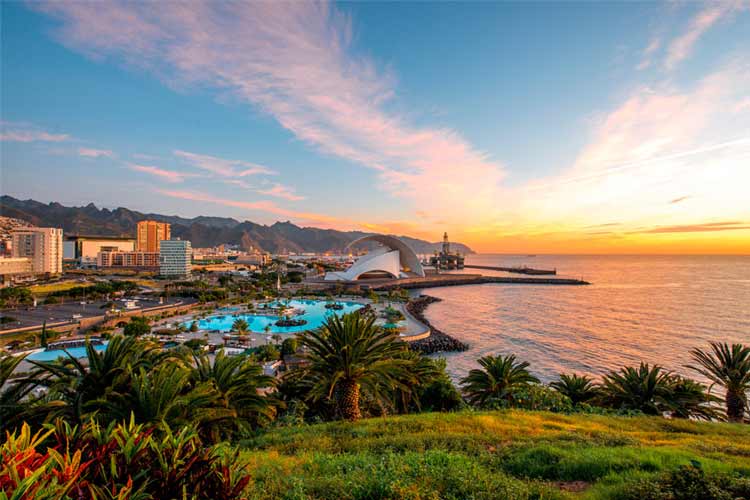 The early bird catches the worm, or in this case, the early bird will catch the best Tenerife stag do in 2020. When it comes to a stag party, there is no such thing as planning too early, which is why you need to know about Tenerife now!

The beautiful island of Tenerife is a legendary stag party destination with one of the sunniest climates around, ensuring stag parties in Tenerife are some of the hottest, and a stag party in 2020 will be no exception.

There are fantastic stag party activities by day including banana boats, watersports, quad biking and flyboarding, so you'll never run out of things to do. By night, Tenerife really steps up to the plate with its awesome stag do nightlife that can be completed with a Lesbian Strip Show if you so desire.

With more than 20 years in the business, Maximise knows what makes a great stag party, so we thought we would give you the rundown for the ultimate Tenerife stag do in 2020.

Be sure to arrive in style for your Tenerife Stag Party 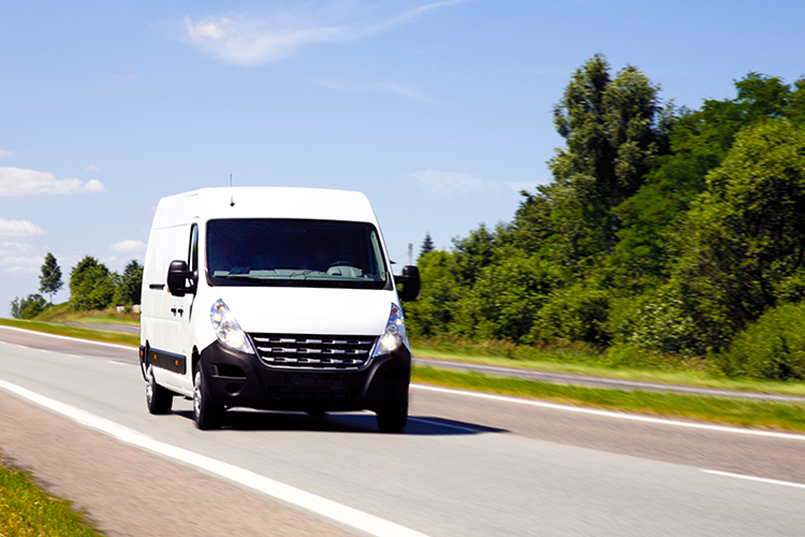 Regardless if your stag party consists of 8 or 28 lads, skip the queues, taxi ranks and waiting times with our private airport transfers.

This is a stag party and everything needs to be extra, so from the time you land say goodbye to the commoner's mode of transport and say hello to return airport transfers as well as activity transfers with Maximise.

Maximise will sort you out with private transfers throughout the duration of your stag do!

Cruise the water during your stag party in Tenerife in 2020 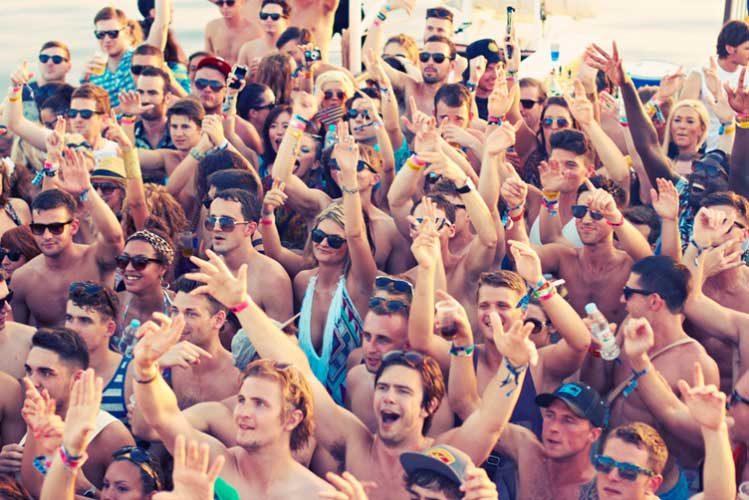 It is not all about being in the water when it comes to your stag party in Tenerife in 2020.

Some of the best stag party activities are served above the water including a Catamaran Cruise with Unlimited Drinks or a Private Yacht Charter.

However, for the ultimate stag do activity in Tenerife, you and the lads need to board the Utopia Booze Cruise.

Complete with a DJ, food stands, an open bar of beer, spirits and mixers as well as a hectic party atmosphere with up to 110 party revellers on board, a Utopia Booze Cruise is the pinnacle of a legendary Tenerife stag do in 2020. 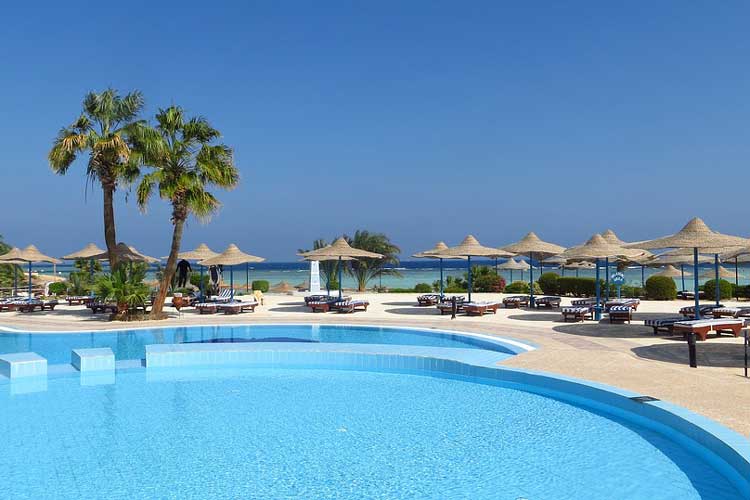 You are on an island of luxury and exclusivity, so, being waited on poolside and lapping up the sun on a reserved deckchair is an absolute must during your Tenerife Stag Party in 2020.

Luckily for you and the lads, Maximise has your entry to an exclusive beach club in Tenerife sorted.

Located in the prestigious area of Costa Adeje and overlooking both the Puerto Colon and Torviscas beaches, this club not only boasts some breathtaking views from both in and around the infinity pool but has brought the ultimate experience of luxury, exclusivity and fun to this all-year-round resort

Sit back and relax with entry, a sunbed, towels, food and a drink at an exclusive beach club during your stag party in Tenerife.

Some stag do shenanigans at Siam Water Park 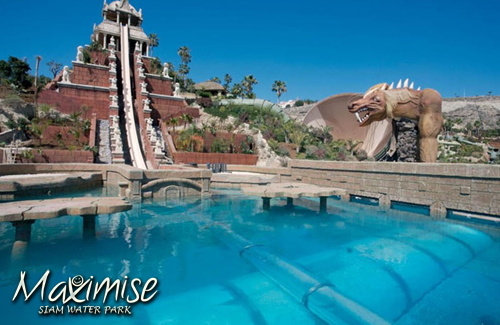 Opened in 2007, Siam Water Park offers some of the worlds wildest flumes, powerful waves and incredible features, making visiting it a solid choice when it comes to a stag party in Tenerife.

Seriously, if you're looking for some fun in the sun, as well as some action and thrill-seeking activities, you'll struggle to do better than Siam Water Park!

Not only are the flumes, big, steep and scary, but they're all different from each other. You could be taking a lazy cruise around the rapids, before plummeting almost 100 feet to the ground through an aquarium! Incredible.

The mandatory stag do beach visit 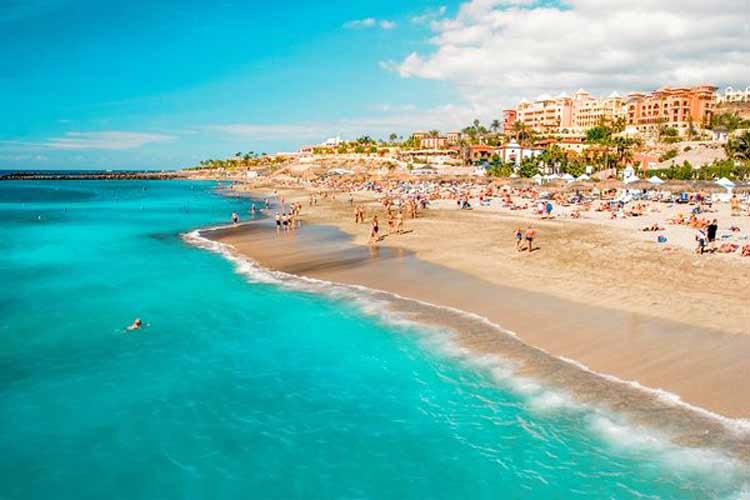 Miles of sandy beaches and out-of-this-world partying, it's no surprise the top stag do ideas and most popular stag party activities include beaches, babes and booze.

And no stag weekend would be complete without the obligatory trip to the beach. The beautiful sandy beaches are a fantastic way to relax, recover from a hangover or top up that tan.

More importantly, after some sunbathing and time in the ocean, you can retreat to one of the many great beach bars for a well-deserved beer...or several!

However, if you prefer more thrill-seeking activities than just relaxing, try out flyboard, flying fish and parasailing. 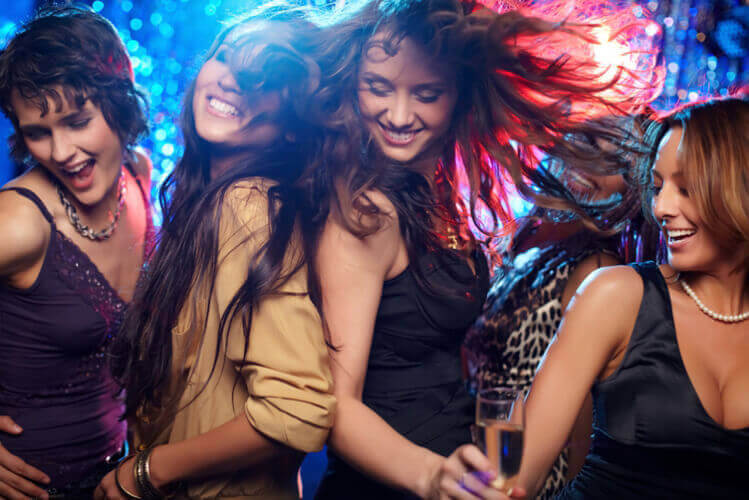 You won’t have to go far to find great bars, clubs, pubs and live music venues during your stag party in Tenerife, it's one big party island!

When it comes to nightlife, Tenerife has it all. The epic nightlife will test the party endurance of even the most seasoned partygoer, which is why we love Tenerife for a stag weekend!

While we think one of the best ways to get to know Tenerife is with an epic bar and club crawl, Tenerife also offers everything from a Private VIP Cabana at a top club to a sports bar with unlimited drinks, so this is one party island keen on variety.

Playa de las Americas in the south-west of the island is where you will find the vibrant clubs, bars and other hot spots that are busy well into the early hours.

Of course, if you're a seasoned partygoer and clubber, you'll definitely want to go to Playa de Las Américas and the Veronica strip, there are a few more areas worth taking note of and heading to during your stag do.

Just down from Veronica's strip, you'll get to the Patch and Parque de la Paz. Ideal for the older party goers, the clubs in these parts hit it Old-Skool and play all your favourite R&B numbers.

Santa Cruz is the heart of the Old Town and it's where restaurants and cafes convert into chic and sophisticated watering holes. You'll find everything from cocktail bars, rooftop terraces and laid-back bars in these parts.

Regardless of what you're into or what part of the island you are staying on, Maximise can sort you out with a top night out, a bar crawl, club entry and more.

And you're guaranteed to an absolutely great atmosphere, cheaps drink and an unbeatable party vibe for your stag weekend in Tenerife.

Tenerife stag weekend are perfect for groups who want top activities and non-stop action on their stag party!

We know Tenerife like the back of our hand, so leave it to Maximise to organise everything for you.

If you want some more information on Tenerife Stag Weekends, the activities we've mentioned or any of Maximise's Stag Party Destinations or Activities, you can call our Sales Team on 0208 236 0111.

Alternatively, you can complete an Express Inquiry and receive your free quotes, more information and ideas or head directly to our page on Tenerife!